Public opinion in Canada has been shifting, but not because of the pandemic 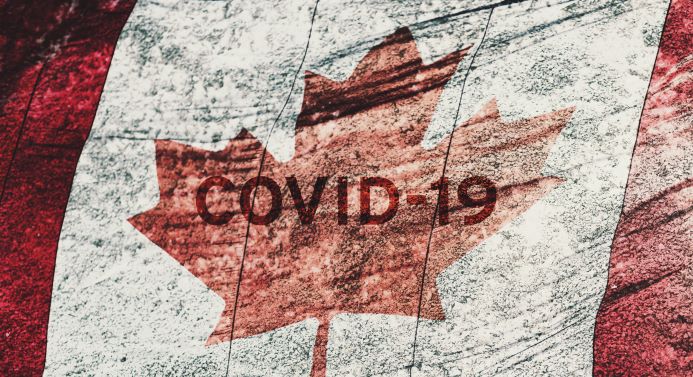 The following year-end review was published in Policy Options / Options Politiques on December 29, 2021.


Public opinion in Canada has been shifting, but not because of the pandemic

Everything has changed. Work, school, shopping, travelling. Visiting loved ones, whether we can hug them. Each time we think this might soon be over, the COVID-19 case numbers rise again and the light at the end of the tunnel slightly dims.

The pandemic has upended our lives, so it might be reasonable to expect that our attitudes about government would have been upended, too. Not so: results from a range of Environics Institute surveys show that in a time of crisis, Canadian attitudes about government have been remarkably stable. If we want to find shifts in public opinion in Canada, we must look beyond the pandemic to other events that have shaken lives over the past two years. It is not a rampaging virus that has disrupted how Canadians see their society, but social movements protesting racism and injustice.

The pandemic has brought government into our lives to a greater extent than at any time since the Second World War. Politicians who have handled their new responsibilities well have become more popular; the popularity of those who have misstepped may never recover. But underneath these swings, the situation is more one of continuity than of change.

Prior to the pandemic, roughly one in three Canadians said they generally favoured a bigger government that delivered more services; slightly fewer favoured a smaller government with fewer services; and slightly more had no preference. The experience of the pandemic generated no significant shifts in ether direction.

Over the same period, the proportion of Canadians who see governments as having a positive impact on most people’s lives has edged up slightly, while the proportion seeing that impact as negative has edged down. But this hardly represents a reset in attitudes about government: rather, there are still slightly more than one in three Canadians on either side of the question. Similarly, the proportion of Canadians who place themselves on the left or right of the political spectrum (or, more commonly, in the centre) is the almost exactly the same now as it was before the pandemic.

Public preferences regarding the division of powers in the federation haven’t budged, either. Only about one in seven Canadians want the federal government to take charge of some of the things that provinces do, while about twice as many would prefer that federal powers be transferred to the provinces. Those figures were the same before and after the pandemic arrived.

While there is no consensus in Canada on the optimal role, size or powers of government, there is more agreement on the need for government to take actions to address serious problems – but this, too, is nothing new. Three in four Canadians, for instance, agree that the government should reduce the gap between rich and poor – an opinion Canadians have consistently held since this question was first asked 35 years ago.

What about confidence in government? While the responses to the pandemic certainly affected the popularity of particular governments and leaders, the proportion of Canadians who express confidence in governments in general (about one in two) is the same today as it was a decade ago; so is the proportion that is satisfied with the way democracy works in Canada. Trust in many of our political institutions – notably Parliament – has risen, but the upward trend began in the mid-2010s, not in the wake of the government response to the pandemic.

The impetus for change in public opinion in Canada or the past two years came not from the pandemic, but from the fallout from acts of racial injustice. The first was the murder in 2020 of George Floyd, an African-American, by a white police officer in Minneapolis. The second was the discoveries in 2021 of the unmarked graves of countless children on the sites of former Indian residential schools in Canada (though the change in opinions can be traced farther back to early 2020 and the dispute over the pipeline construction through the traditional territory of the Wet’suwet’en First Nation in B.C.

To the extent that the pandemic came into play, it was also by highlighting experiences of racism – in this case, anti-Asian-sentiment expressed by those seeking scapegoats for the emergence of COVID-19. Taken together, these events sparked public protest and public discussion, which in turn has led to a greater willingness among Canadians to recognize racism as a problem in this country.

Other Environics Institute surveys showed growing awareness of the history of mistreatment of Indigenous children in residential schools and recognition of the negative impact of Canadian government policies on Indigenous Peoples. Perhaps most interestingly, two separate surveys in 2021 documented that the sense of Canadian pride became more muted in the period following the discoveries of the children’s graves at former residential schools. While most Canadians are proud of their national identity, the strength of this pride declined, suggesting that the discoveries were prompting not denial but reflection.

These findings show how Canadians are reacting to strengthening calls to address racism, but they are also signals of how Canadian society reacts under stress. At the start of the pandemic, there was some concern that the combined effect of the economic downturn and the rush to close borders might accentuate xenophobia. Not only did Canadians not move in this direction ─ in 2021 support for immigration in Canada is still at a record high, and approval for accepting thousands of refugees from Afghanistan is stronger than it was for the Syrian refugee intake earlier ─ they have become more, not less, open to reflecting on the country’s shortcomings in its treatment of minority groups.

A look ahead, while looking back

Ethnicity, culture and race are only some of the potential cleavages within Canadian society. Region and language are others. As we move into 2022, we will start to hear more of the latter: the 40th anniversary of the patriation of the Constitution looms (on April 17). The anniversary will highlight the country’s “unfinished business.” The Constitution Act 1982 has yet to be formally endorsed by the Quebec government, while the other premiers stand at the ready with a list of proposals should anyone be adventurous enough to suggest another round of constitutional talks.

Evidence that the 1982 constitutional package has failed to settle things is easy to find. In 2021, the proportion of francophone Quebecers who feel the French language is threatened in their province reached 75 per cent – a record high. Meanwhile, the proportion of westerners who agree that “Western Canada gets so few benefits from being part of Canada that they might as well go it on their own” reached 43 per cent – higher than in 1982, higher than when the Meech Lake accord failed in 1990, and even slightly higher than when the Charlottetown Accord was defeated in 1992.

But before the op-eds lamenting our failures at nation-building start to pile up, some caution is in order. Each data point illustrating our disunity can be countered with one that tells a different story. Currently, francophone Quebecers are just as likely as other Canadians to be satisfied with the way the Canadian political system works. They are almost as likely to feel the country’s political system deserves support, to feel proud of living under Canada’s political system, and to trust the Supreme Court.

It is also an exaggeration to claim that current debates over energy and climate change are destined to fuel (excuse the pun) western alienation. These debates are not best-portrayed as ones that pit westerners or even Albertans against other Canadians; they divide Canadians in every province – perhaps most notably in Alberta. Furthermore, most Albertans agree with most other Canadians that the climate emergency requires fossil fuels to be phased out. Most other Canadians agree with most Albertans that we must achieve this phaseout without turning our backs on those currently working in the oil patch.

We should resist the temptation to scold that today, four decades after patriation, little about how we relate to one another has changed. The fact that the extent of our pride in being Canadian was dented not by events related to the place of Quebec or the West in Confederation but by our deepening understanding of the effect of colonialism on Indigenous Peoples is enough to show we are not the same country as we were in 1982.