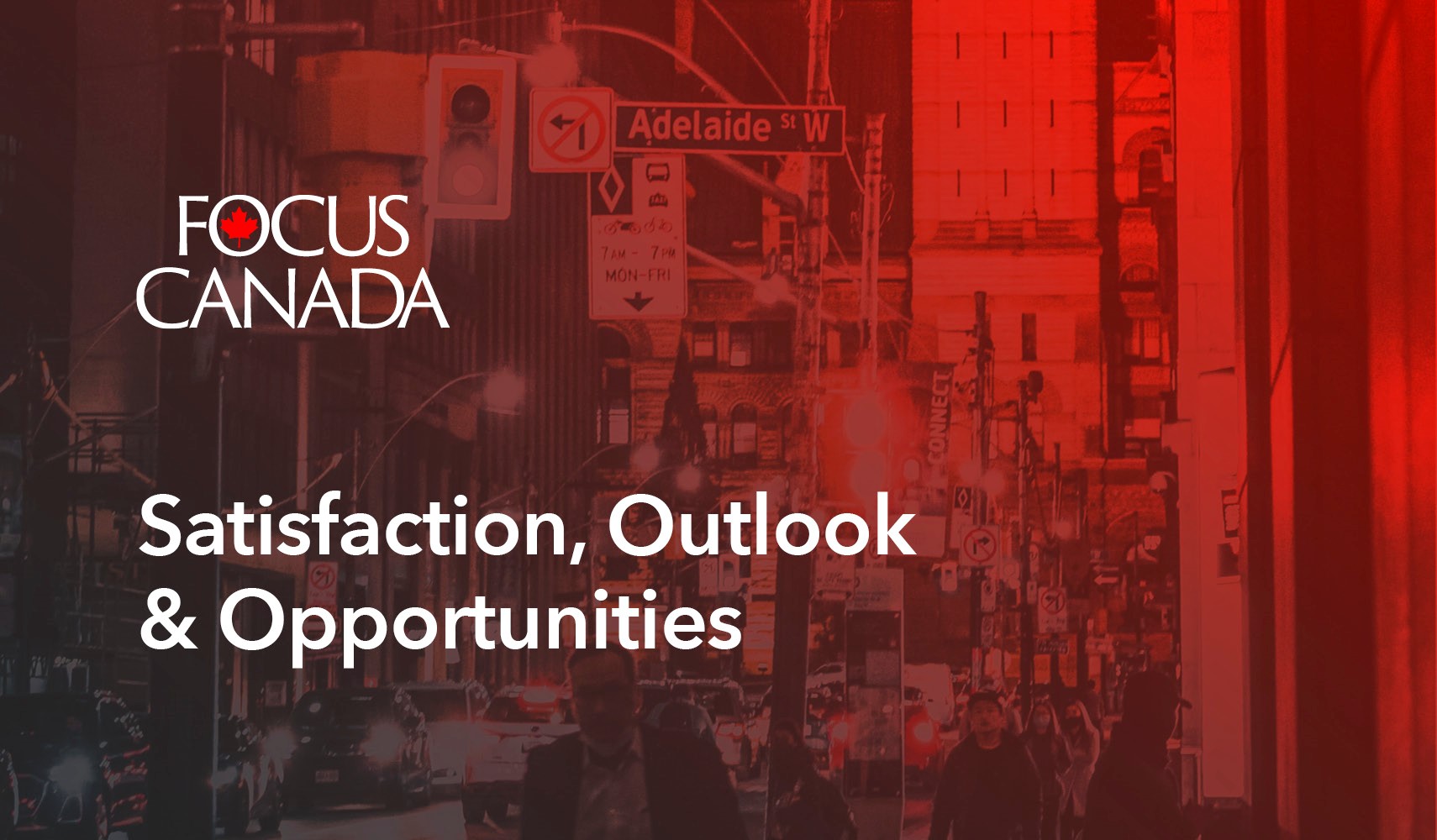 The survey finds that younger Canadians have grown more dissatisfied with the way things are going in the country, and more pessimistic about prospects for the next generation.

As part of its Focus Canada public opinion research program (launched in 1976), the Environics Institute updated its research on Canadian attitudes about the economy and opportunities for social mobility. The survey was conducted in partnership with Century Initiative. This survey is based on telephone interviews conducted (via landline and cellphones) with 2,000 Canadians between September 6 and 30, 2022. A sample of this size drawn from the population produces results accurate to within plus or minus 2.2 percentage points in 19 out of 20 samples.


Current circumstances and events are presenting Canadians with an accumulation of challenges. The COVID-19 pandemic is lingering and placing renewed pressure on an already stretched health care system. At the same time, new concerns have emerged over the rising cost of living and the looming possibility of a global economic recession. The international context features a Russian invasion of Ukraine, tense relations with China, and destabilizing political polarization in the United States. Against this backdrop, the 2022 Focus Canada survey assessed Canadians’ sense of satisfaction, their economic outlook, and their optimism regarding their own opportunities and those facing the next generation.

The survey finds that inflation has, in fact, emerged to take the place of the pandemic as Canadians’ top concern. But concerns differ by age group: younger Canadians are more likely to be preoccupied with the cost of living and affordable housing, while their older counterparts are more likely to be worried about health care. There are also differences across regions. Health care is much more likely to be seen as the most important problem facing the country in Atlantic Canada than it is in the rest of the country; climate change is more than twice as likely to be mentioned as most important by Quebecers as by those living outside the province.

Canadians are evenly divided as to whether they are satisfied or dissatisfied with how things are going in the country today. And they are feeling relatively pessimistic about the economy, with one in two saying it is getting weaker, compared to only one in 10 who say it is getting stronger. Despite this, four in five Canadians are currently satisfied with their standard of living. Moreover, the level of satisfaction with one’s standard of living today is no lower than that seen consistently over the past several decades.

A majority of Canadians are also currently satisfied with opportunities to get ahead in this country, compared to one in three who are dissatisfied. And they are twice as likely to say they are better off than their parents were at their age, as to say they are worse off. The proportion saying they are better off than their parents has remained unchanged, at about one in two, for over two decades.

This report also highlights several important differences in outlook among different groups in Canada. For instance, Quebecers and Albertans often hold contrasting views. Satisfaction with the way things are going in Canada today, one’s standard of living and opportunities to get ahead is, in each case, highest in Quebec and lowest in Alberta. In the case of opportunities to get ahead in Canada, the level of satisfaction was higher in Alberta than in Quebec three decades ago, but is lower in Alberta than in Quebec today. People in these two provinces also differ over which issues are most important, with Quebecers much more likely to mention climate change and health care, and Albertans much more likely to mention inflation and poor government leadership.

There are also differences in outlook among age groups. In recent years, satisfaction with the way things are going in the country has fallen most for younger Canadians (those between the age of 18 and 29). In fact, younger Canadians are the only age group that is significantly less satisfied today than they were in the spring of 2019. Younger Canadians are also more preoccupied with the cost of living and affordable housing than their older counterparts, and comparatively less concerned about health care. In terms of prospects for the next generation, younger Canadians have become more pessimistic over the past decade, while their older counterparts have become more optimistic. Paradoxically, however, younger Canadians stand out as the only age group that today is currently more satisfied with opportunities to get ahead in Canada than they were in the late 1980s or early 1990s.