Changing opinions about the United States, China and Russia 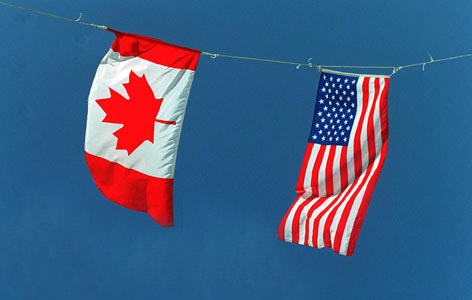 In the face of an increasingly unpredictable world, how have Canadians' views of their international partners been changing?


As part of its Focus Canada public opinion research program (launched in 1976), the Environics Institute updated its research on Canadian attitudes about their country’s relations with its international partners. This survey was conducted in partnership with the Faculty of Social Sciences’ IMPACT Project at the University of Ottawa and Century Initiative. This survey is based on telephone interviews conducted (via landline and cellphones) with 2,000 Canadians between September 8 and 23, 2020. A sample of this size drawn from the population produces results accurate to within plus or minus 2.2 percentage points in 19 out of 20 samples.

Over the past few years, the foreign policy challenges facing Canada have multiplied. The Canadian government has had to manage the “America first” policy of President Trump, a fracturing European Union, a more aggressive and even vindictive regime in China, and a Russian government suspected of nefarious interference with western democracy. In the wake of these developments, there have been significant changes in how Canadians view many of the country’s erstwhile allies, along with a growing recognition that, from Canada’s vantage point, the world has become a much less friendly place.

The election of Donald Trump as president in 2016 was followed by a decline in the proportion of Canadians holding a favourable opinion of the United States. That proportion has declined even further over the past year, reaching a record low. More than three in five Canadians now have an unfavourable view of their neighbouring country to the south. At the same time, a growing proportion Canadians think that the two countries are becoming less alike, and for the first time, Canadians are more likely to say their country is becoming less like the U.S. than they are to say that is it becoming more like it.

Despite their worsening opinion of the United States, most Canadians remain supportive of North American free trade. Following the agreement’s renegotiation, views of NAFTA remain much more positive than negative, with one in two Canadians saying that, on balance, NAFTA has helped the Canadian economy. Only half as many (one in four) say that NAFTA has hurt the Canadian economy.

Read the first report from Focus Canada 2020, on attitudes to immigration and refugees, here.