Confederation of Tomorrow 2022 Survey of Canadians 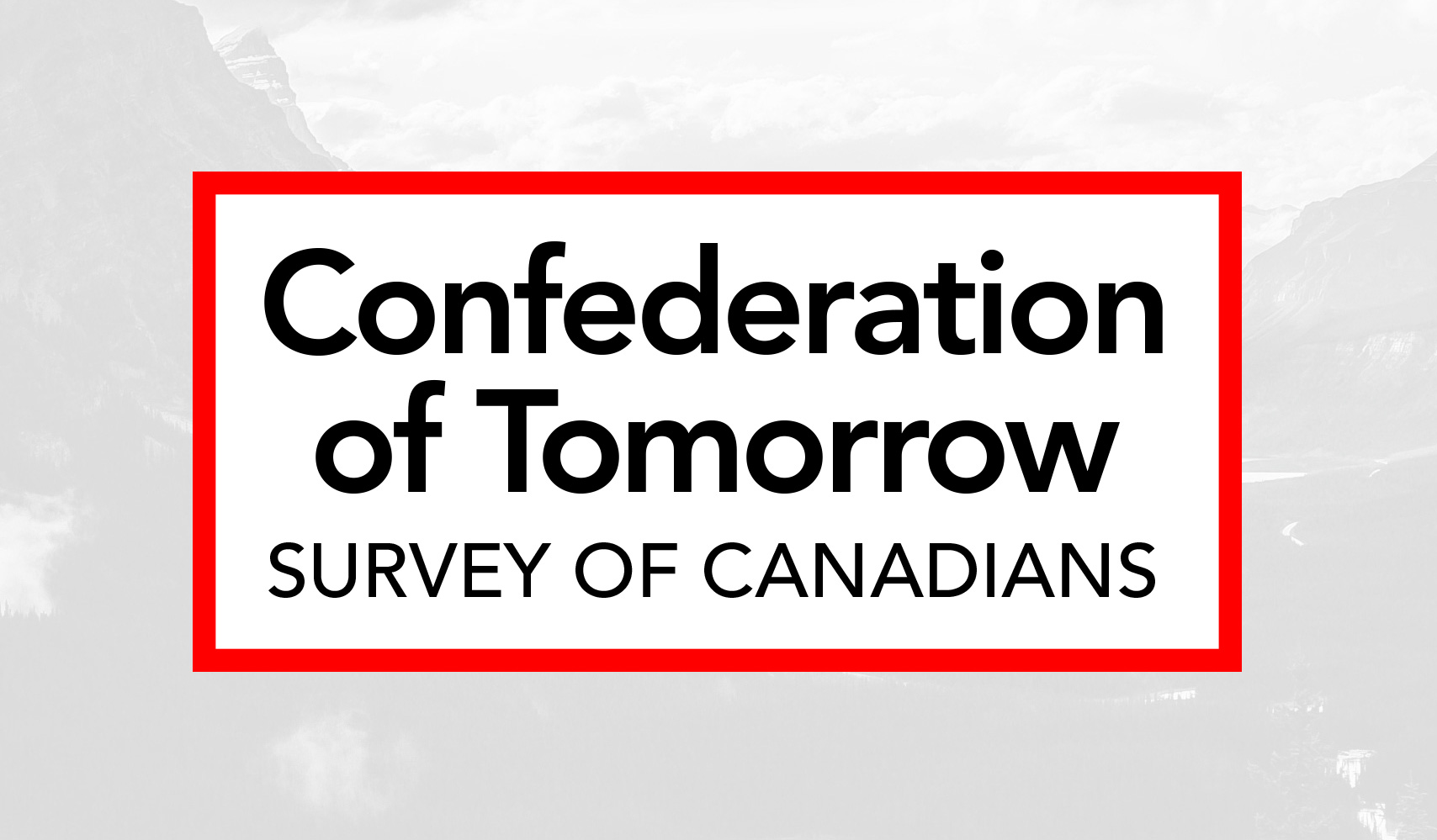 The Confederation of Tomorrow 2022 Survey of Canadians

The Confederation of Tomorrow surveys are annual studies conducted by an association of the country’s leading public policy and social research organizations: the Environics Institute for Survey Research, the Centre of Excellence on the Canadian Federation, the Canada West Foundation, the Centre D’Analyse Politique – Constitution et Fédéralisme, and the Brian Mulroney Institute of Government. The surveys give voice to Canadians about the major issues shaping the future of the federation and their political communities. The 2022 study consists of a survey of 5,461 adults, conducted online in the provinces between January 18 and February 10; and by telephone in the territories between January 6 and 30.


The findings from the 2022 Confederation of Tomorrow Survey of Canadians will be posted on this page in a number of formats, including reports, articles and presentations. Don't forget to check back regularly for new material.

The Evolution of Prairie Discontent (May 2022)

An exclusive focus on Western alienation risks obscuring the fact that, in recent years, frustration with the federal government has ebbed, while dissatisfaction with the approach of Prairie provincial governments to key issues has grown.

Health care stands out as a greater concern in the Maritimes, Quebec and Manitoba. Affordable housing is among the top concerns in the North, as well as in B.C. and P.E.I. Albertans remain more troubled than other Canadians both with the state of the economy and with poor government leadership.

The persistence of grievances with the way federalism is working has not had the effect in recent years of weakening the Canadian identity or reinforcing provincial identities.

Three in four Canadians – including majorities in every province – continue to support the equalization program. Support has held steady since 2019.

Quebecers more pessimistic than ever about the future of the French language by Charles Breton, Andrew Parkin and Justin Savoie (Policy Options, June 20, 2022)

Forget Ottawa — Albertans growing alienated from their own leaders, too, by Andrew Parkin (CBC online, May 16, 2022)


Are Canadians finally at peace with their Constitution? by Andrew Parkin and the Confederation of Tomorrow 2022 survey partners.

The 40th anniversary of the Constitution Act

Presentation: 2022 survey results on the constitution

The Charter: Dividing or Uniting Canadians (April 2002) (Results from the survey conducted for the 20th anniversary of the Charter of Rights and Freedoms)

Presentation: attitudes towards the patriation of the constitution and the charter of rights, 1980-81

Survey data tables for questions covered in published reports are available here. The tables will be updated as new reports are published.

View the survey data tables
Stay Informed
Like what you're reading? With our bi-monthly e-newsletter, you can receive even more with the latest details on current projects, news, and events at the institute.