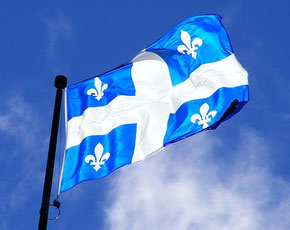 The following opinion article was published online in Maclean's on August 26, 2020.

The year 2020 will forever be remembered for the COVID-19 pandemic, but it remains significant in other ways. Among other things, it marks 40th and 25th anniversaries of Quebec’s two referendums on sovereignty. Some Quebecers might choose to mark these events by reliving the emotions—joyful or sorrowful—that they felt as the results were announced. For many Quebecers, however, the referendums are not something they experienced directly. Only one in two Quebecers alive today were old enough to vote in 1995. In the case of the 1980, it is only one in three.

Does this mean that the sovereigntist dream no longer holds an appeal for the young Quebecers? At first look, the results of the Confederation of Tomorrow surveys would suggest that the opposite is the case. For instance, with the passage of time, Quebec francophones are becoming more likely to identify primarily with Quebec and less likely to identify primarily with Canada (the proportion identifying as a Quebecer only or first increased from 57 per cent in 2003 to 67 per cent in 2020). Equally important, concern about the security of the French language has increased over time. In 2003, 59 per cent of Quebec francophones agreed that the French language in Quebec was threatened, compared to 68 per cent today.

But in both cases, these shifts are the result of changes among older Quebecers, as the pre-Quiet Revolution generation is replaced by the province’s baby boomers. The overall strengthening of the Quebec identity among francophones, for instance, is due to a drop in the proportion of those age 55 and older who identify as a Canadian only or first (falling from 32 per cent in 2003 to 10 per cent in 2020). Younger francophone Quebecers, meanwhile, are now less likely than their older counterparts to see themselves as a Quebecer only or first (although a majority still do).

Similarly, while a majority (55 per cent) under the age of 40 say that the French language in Quebec is threatened, the proportion holding this view is higher among the older generations (reaching 75 per cent among those age 55 and older). This is a reversal of the pattern in 2003, when older francophones in the province were much less concerned than their younger counterparts.

The most striking differences between the views of younger and older francophone Quebecers, however, appear in their expectations of the Quebec state. Our survey asked which government—federal, provincial or municipal—Quebecers believe best represents their interests. Among francophones, baby boomers are twice as likely as millennials to say the provincial government best represents their interests.

It is not that younger Quebec francophones are more likely than their older counterparts to look to Ottawa—it is that they are more likely not to look to any government at all. Among those between the ages 18 to 39, 46 per cent say that no government best represents their interests, or offer no opinion— twice the proportion as among those age 55 and older (24 per cent).

In short, there is a clear difference in outlook between the generations of Quebecers who built the Quebec state, through the Quiet Revolution and the push for provincial autonomy, and those who came of age after the era of referendums and constitutional debates. Baby boomers have a stronger sense of Quebec identity and tend to look to Quebec City to represent and defend their interests. Millennials and Gen Z are not necessarily more federalist, but are less preoccupied by the building blocks of nationalist identity and less focused on the Quebec state (or on government at all).

The irony is that, if younger Quebecers are less wedded to traditional nationalist concerns, it is likely due to the nationalist movement’s successes. While some baby boomers may have hoped for a “yes” 40 or 25 years ago, many of the other dreams of the Quiet Revolution have been realized. No doubt this leaves room for new generations to pursue their own dreams, no less noble or ambitious.