Forget Ottawa — Albertans growing alienated from their own leaders, too 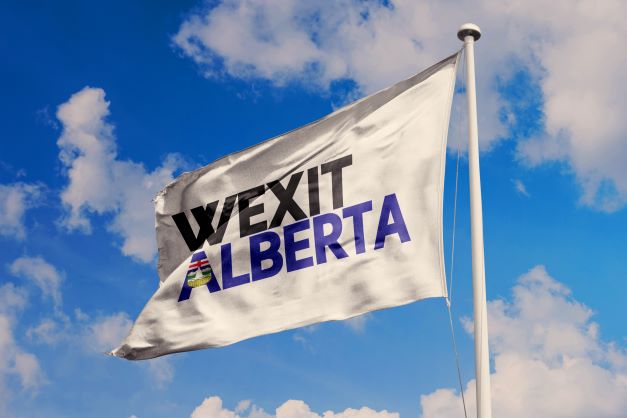 Forget Ottawa — Albertans growing alienated from their own leaders, too

This column is an opinion by Andrew Parkin, the executive director of the Environics Institute for Survey Research. It was published on the CBC wesbite on May 16, 2002. For more details, see the complete report on The Evolution of Prairie Discontent.

There is no shortage of new irritants in the relationship between Ottawa and the three Prairie provincial governments. In recent years they have faced off over the carbon tax, pipeline construction, energy exports, federal spending and vaccine mandates. Western alienation may have deep historical roots, but current events never fail to rejuvenate the sentiment.

Consider these findings from the Confederation of Tomorrow 2022 survey — the country's largest annual study of how Canadians feel about the federation, with 5,461 respondents, including 564 in Alberta. Residents of Alberta, Saskatchewan and Manitoba are among the most likely to say they don't get the respect they deserve, have too little influence on important national decisions, and receive less than their fair share of federal spending.

And across the region, two in five feel that westerners get so few benefits from being part of Canada that they might be better off separating — a proportion that has remained relatively consistent for decades.

A new type of western alienation

Yet this focus on grievances with Ottawa is increasingly ill-suited to fully capturing the region's political mood. Prairie residents are certainly among the least satisfied with Canadian federalism — although levels of disaffection have actually declined somewhat since 2019.

But what stands out most right now is that it is a region marked by growing dissatisfaction with their provincial governments as well. With western alienation, the call is coming from inside the house.

In each of the three Prairie provinces, the proportion saying their provincial government is the one that best represents their interests has declined significantly over the past two years. In no other province has there been a similar steady decline.

Strikingly, the proportion seeing their provincial government as their best representative is only 21 per cent in Alberta and Manitoba — lowest in the country. (When a similar question was asked in the mid-1980s, the opposite was true: Prairie residents were among the most likely in Canada to see their provincial governments as their best representative.)

Both this year and last, in each of the three Prairie provinces, residents thought more highly of the federal pandemic response than their own province's.

On this issue, provincial leaders in the Prairies put themselves between a rock and a hard place. In places like the Maritimes and Quebec, the provincial response to the pandemic frustrated those who felt the restrictions went on too long, but gained the support of those who felt it would be a mistake to reopen things too soon. In Alberta, Saskatchewan and Manitoba, the provincial response failed to please many in either group.

It would be a mistake, though, to attribute growing discontent with Prairie provincial governments solely to the pandemic. In the three provinces, the public's approval of their governments' handling of other issues also declined.

There has been a similar decline in the proportion of Prairie residents who trust their provincial government more to manage the health care system — a decline that began before the pandemic hit.

None of this suggests that Prairie residents no longer partake in western alienation. But the recent trend is not toward an intensification of alienation from Ottawa, but a broadening of alienation to take in feelings about the region's provincial governments as well.

It is alienation not just of the west, but alienation within the west. If we stick too close to the traditional framing of politics in Canada, we risk obscuring this other important development.

The Confederation of Tomorrow survey was conducted online in every province between January 18 and February 10. The online survey results are weighted on a number of factors to be representative of the Canadian population (margins of error do not apply to online surveys).

Andrew Parkin is the executive director of the Environics Institute for Survey Research. A political sociologist by training, he has over 25 years of experience working in the areas of Canadian federalism, education and the study of public opinion.