Canada's opinion of the US at unprecedented low 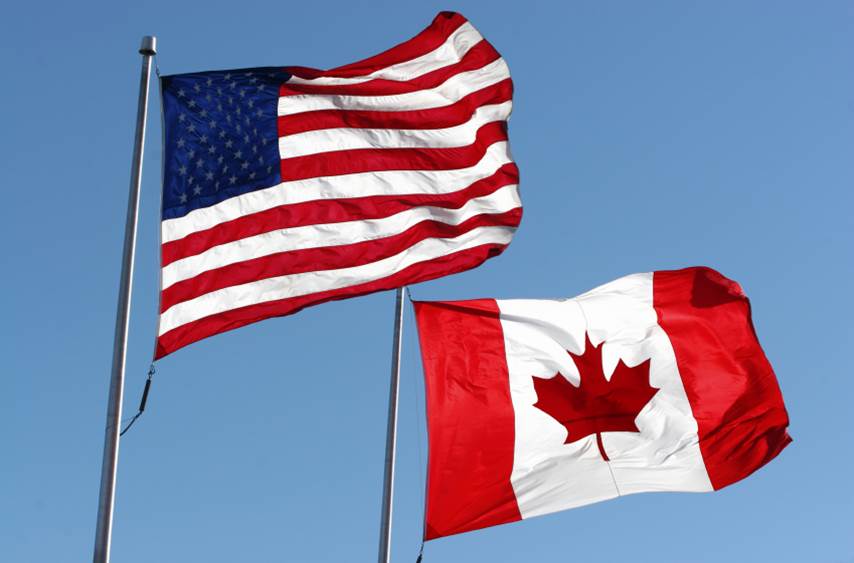 It’s rare for pollsters to be able to use the word “unprecedented” to describe survey results unless they’re releasing their first poll – or giving in to the temptation to use hyperbole to get attention. But a recent Environics Institute survey has indeed revealed some unprecedented results. We’ve been fielding our Focus Canada tracking survey since November 1976, and one of the trends we’ve kept an eye on for much of that time has been Canadian attitudes toward America and its president. We first measured these attitudes after the election of Ronald Reagan in 1980. 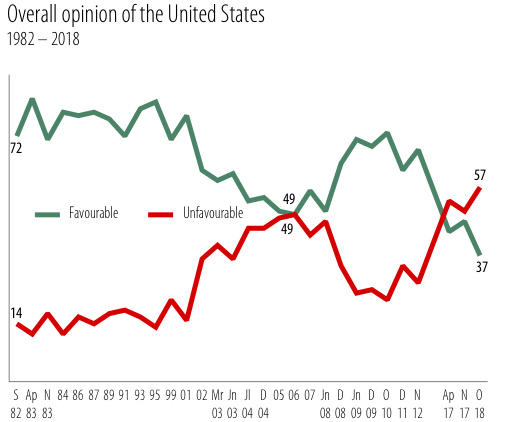 When our measurements began, a substantial majority of Canadians – more than 7 in 10 – admired our southern neighbour. This feeling reached its apex in 1983, when 83 percent of Canadians expressed admiration for America. Nearly 6 in 10 (58 percent) admired President Reagan.

Notably, admiration for the country at large cut across party lines. In the 1983 Focus Canada survey, Conservatives felt the most positive (87 percent), but solid majorities of Liberals (82 percent) and New Democrats (71 percent) also admired the US. America in 1983 gave the world “Billie Jean” and The Return of the Jedi. It also declared a national holiday to recognize the legacy of Martin Luther King Jr.

Today, just 37 percent of Canadians admire the United States (figure 1). Not coincidentally, only 13 percent of us approve of President Donald Trump (figure 2). These are lows we’ve never seen before. (Unfortunately, we don’t have polling going back to the War of 1812; the proportions admiring the US and its leaders might have been lower then.). 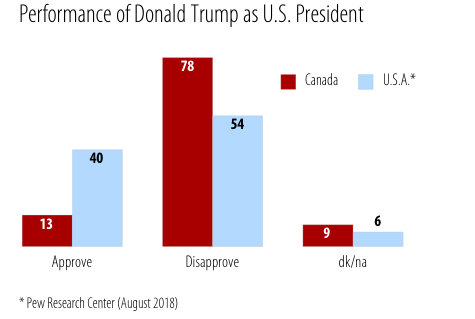 Historian Jack Granatstein has often argued that anti-Americanism is bred in the bone of people north of the 49th parallel. If so, the intensity of that sentiment has waxed and waned. It certainly softened in the period starting with the presidency of Franklin D. Roosevelt and running through that of John F. Kennedy. Canadians admired FDR’s leadership during the Great Depression and the Second World War. Feelings of loyalty and solidarity remained strong through the Cold War.

For many of us baby boomers (born between 1945 and 1966), John F. Kennedy represented a far more dashing figure than the dour John Diefenbaker, our prime minister in the late 1950s and early 1960s. Kennedy and his brother Bobby seemed to embody the vitality and idealism of America while Diefenbaker was the lumbering avatar of our relatively drab dominion.

In this exceptional period, America was much more than the leader of the free world. It offered many of the things average Canadians aspired to (partly because they’d been told to aspire to them by American advertisers): a house in the suburbs, a new car every few years, modern appliances, a martini after a hard day’s work. When Americans moved on to sex, drugs and rock ’n’ roll, Canadians wanted those things, too. America’s status as the materialistic and hedonistic capital of the world is durable; millions of would-be migrants around the globe still long for a piece of the rags-to-riches, log-cabin-to-the-White-House American Dream.

America has given us a lot since “Billie Jean.” Its cultural and technology leaders continue to shape our worlds. We snap up Apple products, binge on Netflix and use “Uber” as a verb for getting from A to B. But even with our admiration for things American and our dependence on America’s power and its huge market for our exports, Canadians’ attitudes toward the country indicate that they are troubled by the face their neighbours are now showing to the world.

The US president with his bullyish style and America-first policies is one factor. The nightmarish mixing of guns and bigotry (Charleston, Orlando, Pittsburgh) is another. (Canada has had its own recent hate-fuelled mass murders with the Quebec City mosque shooting and the Toronto van attack.) Some Canadians would still like to see their country be more, not less, like the United States. Some might even argue that gun violence, inequality vastly greater than our own and other obvious negatives are simply the price of a society that is on the whole richer, freer and more dynamic. But a majority of Canadians seem to feel that America’s advertisements for itself are not what they used to be.

This Environics Institute Focus Canada Fall 2018 - FINAL REPORT is based on telephone interviews conducted (via landline and cellphones) with 2,000 Canadians between October 1 and 14, 2018. A sample of this size drawn from the population produces results accurate to within plus or minus 2.2 percentage points in 19 out of 20 samples.