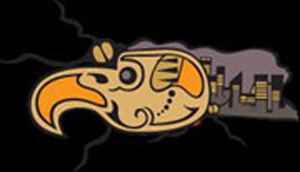 • better understand and effectively document the experiences,          identities, values, and aspirations of urban Aboriginal people          (including their hopes, dreams and goals for their own lives and    those of their children);

• give voice to urban Aboriginal aspirations; and

• invigorate the Canadian conversation on the current challenges and future possibilities of Aboriginal people in this country.

The study was guided by an Advisory Circle composed of Aboriginal and non-Aboriginal leaders and thinkers, and was sponsored by a wide range of governments, foundations, and other organizations. To accomplish its aims, the UAPS included three separate research elements.

• A telephone survey conducted with a representative sample of 2,501 non-Aboriginal urban Canadians living in these same     cities (excluding Ottawa) (April to May 2009).

Following public release in April 2010 (with the CBC as a major media partner), the Institute undertook public engagement to bring the research insights back to the communities in which the study took place.

As of July 2, 2013, this research is now permamently housed at the University of Winnipeg to ensure it is available to researchers, policy makers and the Aboriginal community on an ongoing basis.

Complete information on this study (including video interviews with survey respondents) can be found at www.uaps.ca,