As part of its ongoing Focus Canada public opinion research program, the Environics Institute asked Canadians about immigration and multiculturalism to update its ongoing research on these topics dating back to the 1970s. This survey is based on telephone interviews conducted with 2,003 Canadians between June 3 and 18, 2015. A sample of this size drawn from the population produces results accurate to within plus or minus 2.2 percentage points in 19 out of 20 samples. 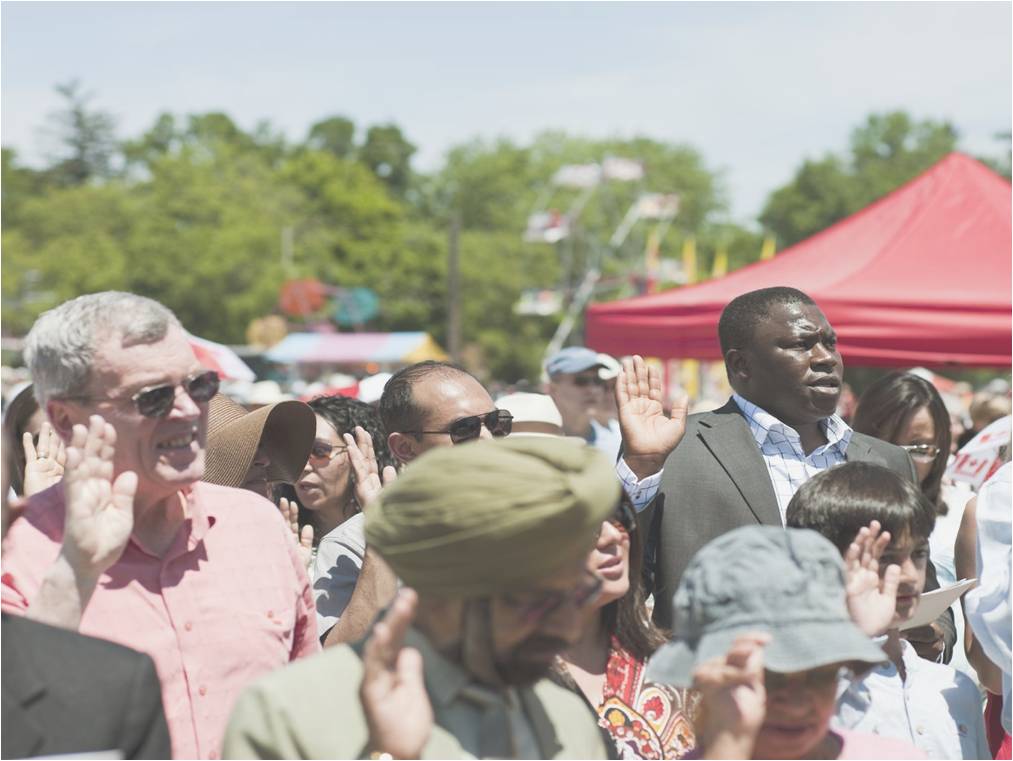 The last few years have not been good ones for immigrants and multicultural diversity – worldwide or in Canada. At the global level, the flow of migrants is now higher than at any time in human history.  A growing part of this flow comes from refugees fleeing from conflict zones, placing increasing pressure on European countries that are struggling to maintain policies of openness and accommodation.  Canada continues to accept more than 200,000 immigrants each year, but new federal government policies are tightening up the rules and making the country less welcoming than before. Some commentators have cited anecdotal evidence that the mainstream public is feeling less comfortable with the country’s growing  ethnic diversity. The Quebec Government’s proposed Charter of Secular Values was a flashpoint in that province, and now appears ready for a comeback in a milder form.

In this context, it would be understandable if not expected to find that public opinion about immigration and multiculturalism has soured over the past several years, but this is not the case. The latest Focus Canada survey – updating trends dating back to the 1980s – shows that Canadian attitudes about these issues has held steady or grown more positive over the past three to five years.  The public continues to believe that immigration is good for the economy, and are more confident than before about the country’s ability to manage refugees and potential criminal elements. Canadians remain divided about accepting refugees who would not otherwise qualify under the rules, but opinions on this question have remained stable since 2010.

Multiculturalism continues to be seen as one the country’s most important symbols, and this view has strengthened since 2010.  The most significant ongoing public concern is about immigrants not adopting so-called Canadian values, but this sentiment has diminished in strength since 2012.  Moreover, there is now broad consensus that someone born abroad is every bit as likely to be a good citizen as someone born in the country.

Another important trend is growing acknowledgement of the challenges facing visible minority groups in Canada. Increasing proportions say there is ongoing discrimination against Muslims, Aboriginal Peoples, and to a lesser extent Blacks and South Asians, and at a broader level there is growing recognition that ethnic and racial groups need support from society at large to address these challenges.

Across the country, opinions sometimes vary by group in a predictable pattern, but there are also counter-intuitive findings. Quebec is often seen as least hospitable to newcomers, and on some questions this proves to be the case. For example, Quebecers are more likely than other Canadians to say immigrants are not adopting the right values.  But they are also the least concerned about the number of immigrants, and the most cognizant about systemic discrimination against Muslims. As well, in some cases the most notable growth in positive attitudes about immigration and multiculturalism is evident among Canadians with the lowest levels of education. Finally, across the political spectrum, those who currently support the Federal Conservative Party are among the least supportive of immigration and ethnic diversity (especially in comparison with NDP supporters), but on some measures they show the most positive movement in the past few years.