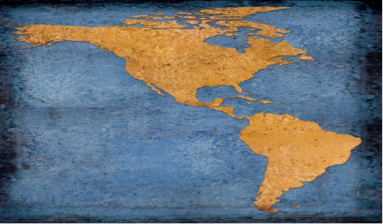 The AmericasBarometer is a multi-country public opinion survey on democracy, governance and civic engagement, conducted every two years by a consortium of of research partners across the western hemisphere. The 2014 survey included 26 countries, encompassing 99% of the population of the Americas.

The AmericasBarometer is a unique research project that contributes to our understanding of the changes in how citizens across the hemisphere view their country on key issues of democracy and governance. This is especially true
in the Latin American region, which has evolved in profound ways from one dominated in the 1970s by authoritarian and military regimes to one where democratic systems are now the norm. This research represents a unique body of public opinion data that is used extensively by academic researchers, governments, and organizations such as the World Bank, the Organization of American States, the Inter-American Development Bank and the United Nations
Development Programme.

The Environics Institute, in partnership with the Institute on Governance, conducted the Canadian portion of the 2014 survey, based an on an online survey conducted with a representative sample of 1,500 Canadians (aged 18 and over).