Yes Canada, we too have an anti-Black racism problem 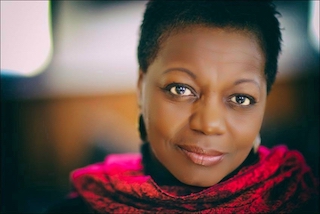 The following op-ed by Michael Adams and Marva Wisdom was published in the June 6, 2020 edition of the Globe and Mail. It was published online on June 4.

You may also wish to access the full reports from the Black Experience Project and the Race Relations in Canada 2019 Survey.

Yes Canada, we too have an anti-Black racism problem

Contributed to The Globe and Mail

Michael Adams is the president of the Environics Institute. Marva Wisdom is a professional facilitator, director of community engagement and outreach for the Black Experience Project and a senior fellow at the Munk School of Global Affairs and Public Policy.

The anguish and confrontations spreading across the United States in response to the killing of George Floyd, a Black man, by a white police officer have captured the attention of news audiences in that country and around the world. We are transfixed by images of shocking police brutality and the widespread community resistance they have inspired.

But Canadians should challenge themselves to look past the deeply disturbing American news clips and reflect on the situation here at home, including the recent death in Toronto of Regis Korchinski-Paquet, a 29 year-old Black woman. If we do, we will learn there is no room for complacency in this country.

When we look in the mirror, we see a society in which Black people are regularly treated unfairly because of their race. The Black Experience Project, which focused on the Greater Toronto Area, found that two-thirds of the region’s Black residents report being treated unfairly on a continuing basis. The forms that this treatment takes are specific, varied and tragic.

In the case of young Black women, more than 60 per cent say that others frequently or occasionally expect their work to be inferior because of their race, and that they are treated rudely or disrespectfully because of the colour of their skin.

When it comes to dealings with police – the focal point for the current wave of protests – things only get worse. One in two Black Torontonians and a staggering 80 per cent of Black men between the ages of 25 and 44 report that they have been stopped in a public place by the police. Two in five Black Torontonians and two in three Black men between 25 and 44 say they have been harassed or treated rudely by police.

In short, this unique survey research shows that Black youth in Canada’s largest city are growing up being observed, questioned, dismissed and belittled by their fellow citizens because of their race, and are routinely harassed by the very public institution that we should turn to for protection.

Yes Canada – we, too, have an anti-Black racism problem.

Racism doesn’t stop there. The recent Race Relations in Canada Survey found that Indigenous peoples in Canada are just as likely as Black people to experience unfair treatment because of their race. South Asian and Chinese Canadians also experience racism; fewer than one in five say this never happens to them.

If there is any good news to hold onto in these bleak times, it is that, on the whole, Canadians are not in denial about this reality. Three-quarters of white Canadians recognize that Black people in this country are either frequently or occasionally the subject of discrimination in Canadian society. Just a handful (3 per cent) said this never happens.

Yet this general recognition of the problem carries us only so far. Three in 10 non-Indigenous Canadians disagree with the statement that it is easy to understand the anger of Indigenous peoples, as do 39 per cent of non-Black people in the case of the anger of Black Canadians. Somehow, a significant number of Canadians seem to expect that people who experience racism should not get too upset about it.

That ship has sailed.

Will things change for the better? The survey research provides some grounds for optimism. Canadians from all racial groups are more likely to say that race relations in this country are getting better as opposed to getting worse. And, crucially, personal connections among racial groups in Canada are growing.

The majority of Canadians not only have regular contact with people from other races, but contact that is overwhelming described as friendly. These friendships can only deepen our understanding of each other’s experiences.

Most strikingly, six in 10 Canadians are optimistic there will be racial equality in Canada in their lifetime; just one in four are pessimistic. Pessimism, at 30 per cent, is higher for Black Canadians, but is not the majority view. When we ask non-white Canadians whether the next generation will experience more racism than today or less, they are much more likely to anticipate that racism will diminish.

These results were collected before George Floyd was killed. The optimism that shone a few months ago may well have diminished in recent days. It will not be rekindled by congratulating ourselves for doing better than our American cousins. The determination to do better needs to be reborn and sustained by our own actions to confront and eliminate racism in Canada, not just by institutions and authorities such as the police, but by each and every one of us.