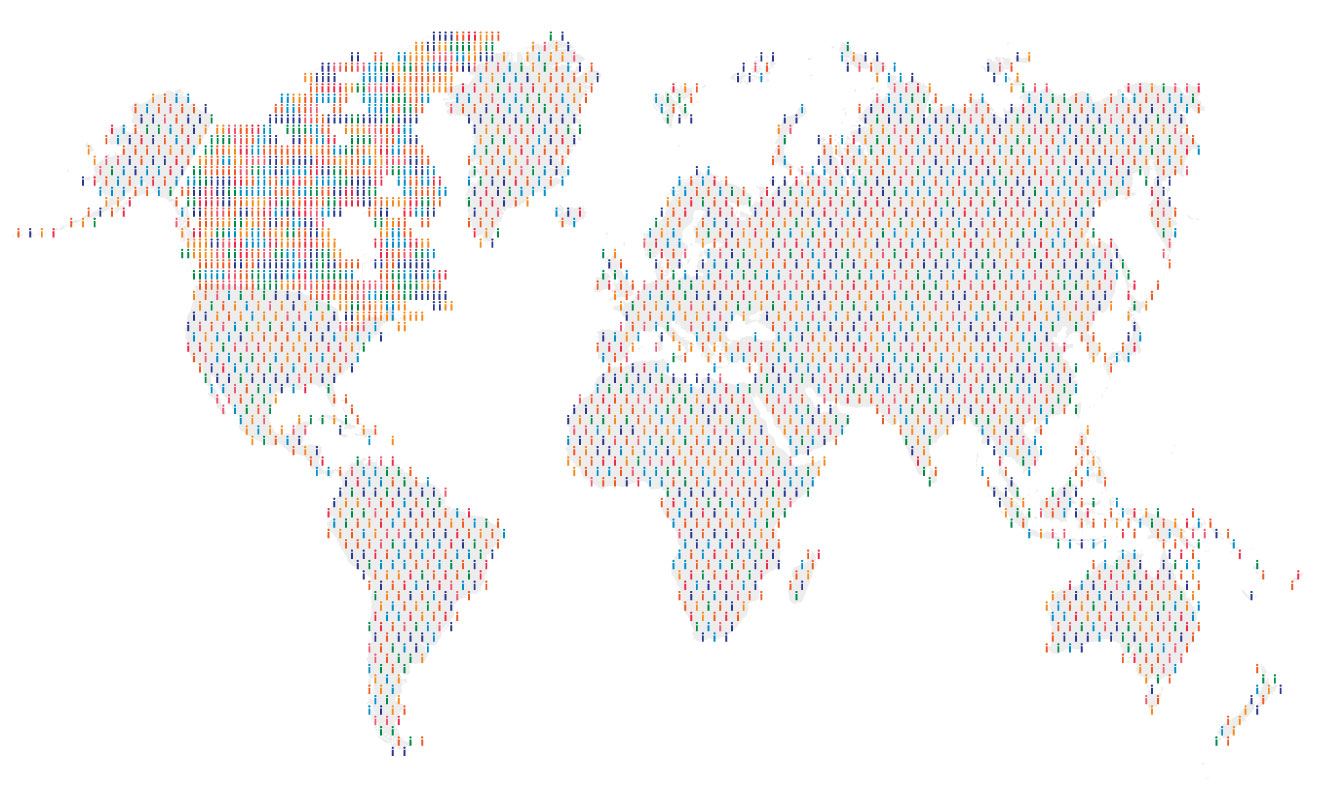 The following article by Institute Executive Director was published in the August 2, 2018 edition of Policy Options:

It seems that in just a few short years the world has become much less certain and stable. In particular, we have seen the destabilization of democratic institutions and political norms. So-called populism and other forms of antigovernment sentiment are emerging in countries that have long been known for stability, including the United States, the United Kingdom and many parts of Europe, both east and west.

This trend is attributed to various factors, including the growing economic inequality that is increasingly dividing society into winners and losers, the destabilizing impact of social media on public discourse and the migration of refugees into Western countries, causing cultural insecurities and backlash. Governments and other societal institutions, once pillars of leadership and stability, are increasingly on the defensive in a world that is changing faster than they can keep up with.

Canada is by no means immune to these trends, and the current political environment provides plenty of evidence for those who are concerned (such as regional battles over pipelines, and emerging populist movements in Ontario, Quebec and Alberta). Do these developments signal a substantive decline in public confidence in the country’s primary institutions? The empirical evidence demonstrates that the answer, so far, is no. Several previously published public opinion studies show that Canadians’ confidence in their democracy and national institutions has been remarkably stable over the past decade (and has even improved in some areas since 2014), and the research shows that Canada is doing better than many other countries.

This trend is further confirmed by the Gallup World Poll, which is conducted annually in 140 countries. It includes a set of institutional confidence indicators that have been tracked in each country since 2006. The figures below show eight of these key indicators of institutional confidence, with results for 2006 through 2017 for Canada and the other 35 countries in the Organisation for Economic Co-operation and Development (OECD). The OECD includes the countries that are the most relevant benchmarks for Canada (such as the US, Europe, Australia and Japan). The latest Canadian survey data were collected by Gallup in August 2017 through telephone interviews with a representative sample of 1,000 Canadians aged 15 and over.

Confidence in the national government

In 2017, two-thirds of Canadians (65 percent) say they have confidence in their national government, up marginally from 2016, and well above the ratings from 2010 to 2014 (averaging 53 percent), a period spanning much of the Stephen Harper government. The level of confidence for 2017 is substantially stronger than it was in 2006 (44 percent), at the tail end of the Liberal government led by Paul Martin.

Across Canada, a clear majority express confidence in their national government, with this view most widespread among individuals in the youngest age cohort, 15 to 29 (76 percent), those with post-secondary education (77 percent), those living in urban areas (69 percent, versus 59 percent in rural areas) and those who are “thriving” (69 percent) versus “struggling” (61 percent) in their lives. Household income matters less, with a smaller gap between the lowest (64 percent) and highest (69 percent) income quintiles.

Confidence in the national leader

Just over 6 in 10 Canadians (63 percent) express confidence in the leadership of their country (implicitly, the Prime Minister). This is consistent with the 2016 rating, following steady improvement since 2013. Canada ranks ninth among OECD countries; at the top of the list are Switzerland (81 percent) and Norway (77 percent). Confidence in the leader in the US is currently at 33 percent, with the lowest confidence expressed in Mexico (21 percent) and Greece (14 percent).


Confidence in the judicial system and courts

Two-thirds of Canadians (67 percent) say they are confident in their country’s judicial system. The figure has been similar since 2014 and is higher than the average ratings from 2006 to 2013 (years largely coinciding with the Harper Conservative government). Canada ranks 12th among OECD countries; the top three are Norway (88 percent), Denmark (85 percent) and Finland (83 percent). Canada’s rating is roughly equivalent to those of Sweden, the UK, Germany and Japan, and somewhat higher than the level in the US (61 percent), which has been tracking below Canada since 2010.

Three-quarters of Canadians (76 percent) have confidence in the honesty of the country’s elections. This reflects a steady rise in confidence since 2013, and the level is now the highest since this tracking began in 2006. Canada is 10th among OECD countries, but well above the OECD average of 52 percent.

As on other measures, confidence in elections is strongest in the Nordic countries (topped by Norway at 92 percent), along with Switzerland (82 percent). The confidence level in the UK is 66 percent, and in France it is 55 percent; the US trails at 47 percent. Lowest in the OECD are Chile (30 percent) and Mexico (18 percent).

In Canada, confidence in elections is higher among urban dwellers and those with higher levels of education and income, but an increase in confidence is evident across all levels, including among those who disapprove of the national leader (the Prime Minister).

Canadians stand out in their confidence in their financial institutions and banks. Nearly 8 in 10 (79 percent) express such confidence. This is consistent with levels recorded since 2006 and well above the ratings for most OECD countries (which average 51 percent). Canada is tied for second (with Finland) among OECD countries, closely behind Norway (82 percent). In contrast, confidence in financial institutions is least evident in Iceland (22 percent), Spain (22 percent) and Italy (19 percent).

One-third of Canadians (32 percent) believe there is widespread corruption within businesses in their country. This proportion has been declining since 2015 and is now at its lowest level since 2008. Canada ranks 28th in the OECD in the belief that there is widespread corruption in business, with lower rankings given in the Nordic countries, Ireland and New Zealand. Corruption in business is most widely cited by citizens of Portugal (85 percent), Italy (84 percent), Slovenia (82 percent) and South Korea (82 percent). This view is shared by 60 percent of respondents in the US.

n Canada, perceptions of widespread corruption in business are more evident among individuals with lower socio-economic status, those who say they are struggling (versus thriving) and those who are dissatisfied with the country’s leadership.


Confidence in the educational system

Three-quarters of Canadians (77 percent) say they are satisfied with the educational system and schools in their city or town. This level of confidence has been largely consistent for more than a decade, and has shown modest improvement since 2015.

In this area Canada ranks 10th out of the OECD countries (which average 65 percent), trailing most of the Nordic countries as well as Ireland (84 percent), Slovenia (81 percent) and the Netherlands (81 percent). The US stands at 67 percent (like Canada’s, a level that has been stable over the past decade), with Greece (42 percent) at the bottom of the list. In Canada, confidence in the educational system is largely consistent across the population, regardless of urban or rural residence, household income or overall life evaluation.

Almost all Canadians (91 percent) believe the media in their country has a lot of freedom, a figure largely consistent since 2010. The OECD average is 72 percent, with Canada ranked seventh. Once again at the top of the list are the Nordic countries (Denmark and Norway both at 97 percent). The US is in 14th place (87 percent), with Latvia (46 percent), Hungary (45 percent) and Turkey (29 percent) at the bottom.

The results of this research show clearly that public confidence in a variety of major public institutions in Canada not only has held steady over the decade but in most cases has strengthened in the past year or so. Moreover, Canadians as a whole express notably stronger confidence across the board in all eight institutions measured than do citizens in most other countries of the OECD, particularly those countries with whom we tend to make such comparisons (such as the US, the UK and France).

This conclusion is an important one, in large part because it is not what many of us believe to be the case, given what we hear in the media and in public discourse about the problems and inadequacies of our political leaders, governments and businesses in fulfilling their expected roles and obligations. This is not to diminish the significance of these concerns, nor to suggest that Canadians have low expectations. There is plenty of evidence — as the media well document — that many are dissatisfied with how institutions in all sectors are performing.

However, what the evidence in this report shows is that, at a deeper level, most Canadians continue to have an underlying confidence in a range of important national institutions, even if it does not extend to all of their policies and actions. This is an essential distinction to understand, so as not to misread the public sentiment and lose sight of our society’s resilience in this time of political and cultural turbulence.